This period of “firsts” saw the genesis of library spaces and the building of collections, many of which were enhanced by gifts from alumni and friends of the University.

Charter to establish McGill University is issued by Lord Dalhousie, the Governor General of Canada. A certified copy is donated to Principal Cyril James and the University.

Founding of the first medical Library in Canada.  Though founded in 1823 as part of the Montreal Medical Institution, the Library becomes part of the McGill University Faculty of Medicine when the institution joined the University in 1829. In the early days, users could borrow three books at a time for two weeks, leaving a deposit of 10 shillings per book. 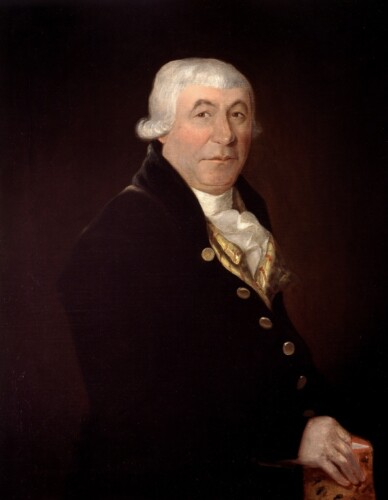 Queen Victoria grants McGill College a Royal Charter on July 6, 1852. This second charter includes amendments for the establishment of a Board of Governors and the appointment of the Governor General of Canada as Visitor for the University.

Books in English history and literature are purchased for the first time.

A room is provided for the library in the new west wing of the Arts Building (Molson Hall today).

John Robson begins to donate his personal library to McGill.  In total, he gives the Library a remarkable 3,763 items in the arts and sciences, many of them very rare. This donation alone increases the McGill collection by over 50 percent.

The Montreal lawyer Frederick Griffin (1798–1877) bequeaths his library of over 3,000 titles and his own collected papers to McGill.

Peter Redpath donates 300 volumes of British tracts, cheaply published short works, often on current affairs and controversies.  With later additions, the Redpath Tracts collection grows to 15,000 titles on a wide variety of topics printed in the 17th to 19th centuries.

William McLennan (son of Hugh and Isabella McLennan) is named Honorary Librarian. M. William Taylor is the first official Assistant Librarian from 1882 until his death 1888.

Professor George Cornish is named Honorary Librarian. Henry Mott is the Assistant Librarian from 1888 to 1901.

Charles Gould, a Montreal businessperson, and McGill Alumni, is the first University Librarian. Staff members in 1892 include 6 full-time, 2 part-time employees, and 1 facilities person.