This period of “firsts” saw the genesis of library spaces and building of collections, many of which were enhanced by gifts from alumni and friends of the University.

The Redpath Library opens. Funded by Montreal businessperson Peter Redpath, it is the first purpose-built library building at the University. The library contains 35,000 volumes. A virtual exhibit was created in 2010 and the collection completely digitized in 2019.

The Macdonald Physics Building is built. It is the current home for the Schulich Library of Physical Sciences, Life Sciences and Engineering.

Margaret Charlton begins work at the Medical Library. She is the first person at McGill to have formal library training, having studied under Melvil Dewey. She co-founds the Medical Library Association.  She leaves McGill in 1914.

The Law Library is installed in the Redpath Library. 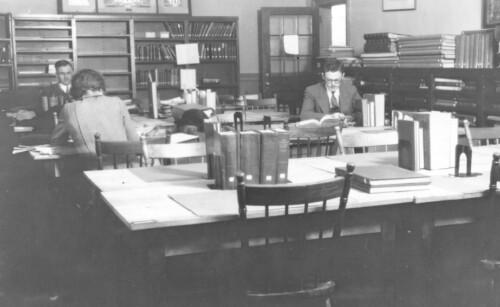 Royal Victoria College is inaugurated as a female-only residence.

The children of late Montreal industrialist Hugh McLennan create the McLennan Travelling Libraries in his memory. Boxes of about 30 varied books are shipped all over Canada to communities where no libraries and few books exist. 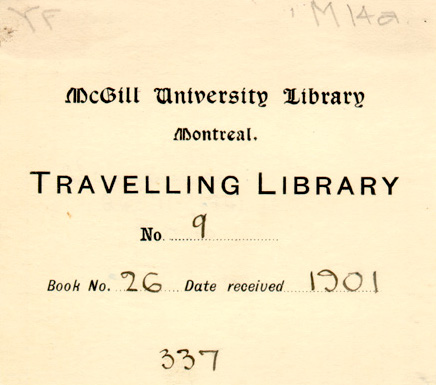 The School of the Graduate School of Library Science is established at McGill University. It is the first formal library education program in Canada.

The medical building burns down but the Library’s collection is saved thanks to fireproofing used in the walls.

Along with the opening of Macdonald Campus, collections designated to the campus begin to grow. 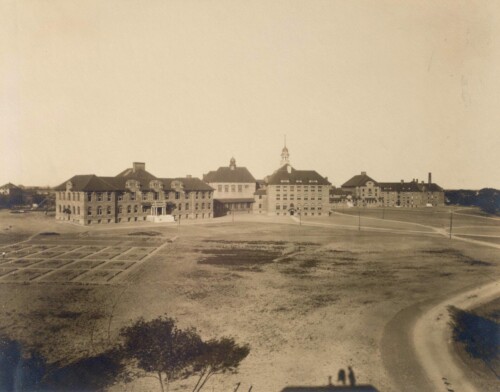 The Strathcona Medical Building opens. The Medical Library remains there until the McIntyre Building is opened in 1965.

William Osler sends a letter donating items from his library to McGill Library “In recognition of the many kindnesses shown to me as a student and professor at my old school.” See the William Osler Letter Index to further explore his correspondences.

The Religious Studies collection is established when the theological colleges join to create a joint board and share their library resources.

Sumerian Tablet (2000 BCE) is acquired during the First World War. This ophthalmological text is one of the oldest items in the collection. 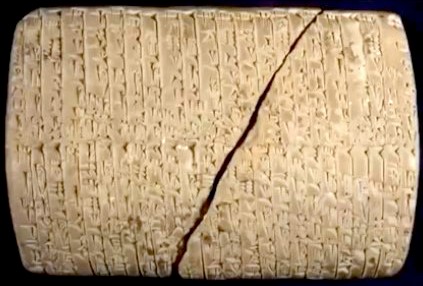 McGill University receives a bequest from Montreal businessman Henry Herbert Lyman. It consists of a library and entomological specimens. Initially, both are housed downtown in the Redpath Museum. Over time the collection moved several times, including to Macdonald Campus.

The Blackader Library of Architecture is founded by the family of Captain Gordon Home Blackader, B.Arch, who was killed in the First World War.

The McGill Alumnae Society sponsors a series of lectures in an effort to raise funds for libraries for returned soldiers.

Dr. Casey A. Wood founds the Emma Shearer Wood Library of Ornithology and actively builds the collection over the next 20 years.

Gerhard Lomer becomes the second University Librarian after Charles Gould’s sudden death in 1919. He remains in the position until 1947.

The Blacker-Wood Library of Zoology is established with a $40,000 gift from Robert and Nellie Roe of Pasadena, California.

The Arabic Calligraphy Collection is assembled by Lomer, primarily from the London dealer Reginald Atkinson in the early 1920s. This collection contains approximately 200 examples of Arabic calligraphy. A virtual exhibit was created in 2010 and the collection completely digitized in 2019. 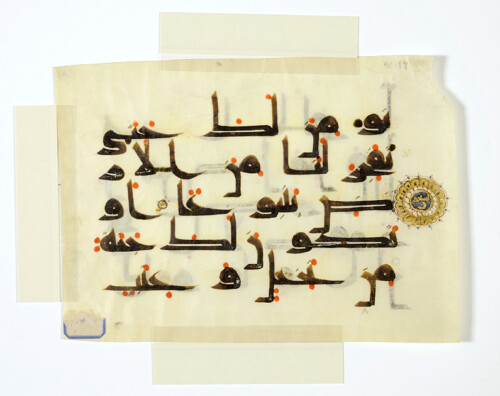 The second extension of the Redpath Library is completed. Designed by Percy Nobbs and George Taylor Hyde, the extension houses the Blacker, Wood and Blackader libraries. A Library Museum is also established on the top floor to demonstrate the history of books and printing. This is the precursor to Rare Books and Special Collections. 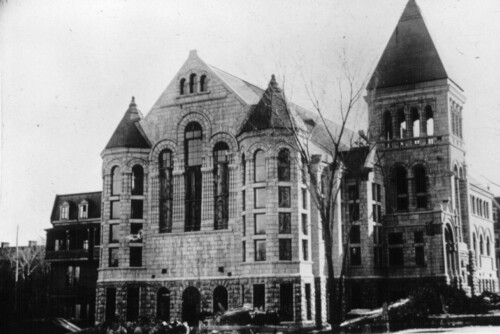 Many improvements are made to McGill Library, including the addition of more study spaces to facilitate additional research work.

The Gest Chinese Research Library comes to McGill Library. It was acquired by other parties in 1936.

The Library of the Graduate School of Library Science is established.

The Osler Library of the History of Medicine is established in the Medical Building. Initially comprising 8,000 titles listed in the Biblioteca Osleriana. The collection has grown to 100,000 works including older, rare materials as well as current books and periodicals about the history of health sciences and related areas.

Divinity Hall opened. It was later renamed the William and Henry Birks Building, it houses the Religious Studies Library, known today as the Birks Reading Room.

American artist Gertrude Vanderbilt Whitney’s sculpture The Friendship Fountain is inaugurated on the lower campus, beginning a tradition of adding outdoor sculpture to the campus.

In honour of McGill’s quinquennial reunion, McGill Library and museums host several special exhibits as a special feature. For example, in Redpath Library (now Redpath Hall), there is a display of historical designs for stage scenery and costumes, as well as an exhibition of facsimiles of the early masters.

Most likely collected by Dr. Wilfred Cantwell Smith, the founder of Institute of Islamic Studies (IIS) and the Islamic Studies Library (ISL), the ISL is home to a collection of Urdu materials that is quite unique to North America. And while not rare, this collection is old.

Despite the Depression, the McGill Library system has over 450,000 volumes, 45,000 pamphlets and 1,350 current periodicals and government publications.

Geology professor Frank Dawson Adams bequests his collection of over 1,500 volumes to the Osler Library. This includes many early works in geology, mineralogy and volcanology.

In honour of the Redpath Library’s 50th anniversary, the Library asks graduates to donate one or more volumes from their personal libraries.

Professor Raymond Klibansky discovers Scottish philosopher David Hume’s personal copy of one of Cicero’s works in a cupboard at the Faculty Club. This marks the start of the David Hume Collection, a cornerstone of the History of Ideas Collection.

Annie Lauterman funds the establishment of the Dinah Lauterman Library of Art in honour of her late sister, who had been a musician, artist, and sculptor.

Richard Pennington is the third and last person to hold the title of University Librarian, which he holds until 1964.

The Rousseau Collection is established. It is a noteworthy addition to the History of Ideas Collection – known today for its depth.

Richard Pennington begins the McGill Napoleon Collection by building upon a small and choice gift of items made by the late Mr. Frederick Neil Southam (1869-1946) and through the aid and advice of specialists in France. Pictured below, an uncatalogued item from the Napoleon Collection that reveals a portrait of the Roi de Rome, Napoleon’s son.

The Redpath Library is expanded for the first time in 30 years. The firm of McDougall, Fleming and Smith designed the new building with several large new reading areas with glass walls on the main floor, and room on other floors for several special libraries. The modernist new extension is a sharp contrast to the existing grey limestone building. The 1893 reading room is eventually converted to a concert space and given to the Faculty of Music.

A competition is held for a mural for the Reading Room of the new Redpath Library and artist York Wilson’s winning painting “Scenes of McGill and Her Great Men” is installed on the north wall of the Library building.

Amy Redpath Roddick (1868-1954) bequeaths $125,000 to the Library. This is in addition to approximately $50,000 she donated to the Library during her lifetime. The endowed funds are used to purchase rare books. Lady Roddick also donated the funds to build the Roddick Gates in memory of her husband, the surgeon and former Dean of Medicine, Sir Thomas Roddick.

Thanks to several donations of typographical books by Toronto art historian William George Colgate (1882–1971), the William Colgate History of Printing Collection is established. This grows into a significant research collection, which includes historical printing presses, type and other equipment which belonged to the Redpath Press. Richard Pennington originally formed the press to teach printing to library science students. In 2020, the Book Arts Lab was formed to continue printing education with these working and restored presses.

William J. Watson is appointed Librarian of the Islamic Studies Library and remains so until 1965.

McGill University acquires the William Notman Photographic collection. This purchase is made possible through the donations from Maclean’s Magazine, Maxwell Cummings Family Foundation and Empire Universal Films Inc. The collection consists of a half-million still photographs, many of Montreal elites and scenes.

Thanks to the financial support of Arnold Wainwright, some 770 titles concerning French law are donated to the Law Library. This is named the Wainwright Collection.

McGill’s Visual Art Collection receives a large donation of Canadian art from Sidney Dawes (1888-1968), a prominent Montreal businessman and Canadian art enthusiast, solidifying the reputation of the collection and its specialization in Canadian Art.

In order to house the various series of Fanny Burney’s diaries and letters, the Burney Centre is established.