The exponential rise of e-resources significantly changes the ways the McGill community accesses and interacts with information. As the Library moves through the digital age, information and resources are delivered whenever, wherever and however the user needs them.

Osler Library acquires 22,500 19th and 20th-century student medical theses from the Librarie Slatkine in Geneva.  The collection is later increased by a donation of approximately 10,000 further theses from the Canadian Institute for Scientific and Technical Information in Ottawa.

The Undergraduate Library (Redpath) is amalgamated with the McLennan Library to form the Humanities and Social Sciences Library, with a view to rationalizing collections and services.

The Library inaugurates the online catalogue MUSE to replace the card catalogues.

“Smart” bar codes are added to all volumes and processed into MUSE in order reach full circulation automation (by 1990) for all users of the library.

Dr. Eric Ormsby sets up the formal structure for the Friends of McGill Library organization, which still exists today.

The FR Scott Lecture is established by the Friends of the Library in honour of former McGill law professor, Dean, well- known poet and intellectual Frank Scott (1899-1985).

After her 50th reunion, art historian Regina Schoolman Slatkin donated a series of large-scale tapestries made from designs by contemporary American artists including Roy Lichtenstein, Robert Motherwell, and Stuart Davis. These works are part of McGill’s Visual Arts Collection and many are displayed in library spaces to this day.

The Wendy Patrick Health Information Collection is established in the Nursing and Social Work Library in memory of the late McGill nursing librarian Wendy Patrick.  The collection’s focus is on health and wellness books for the general public.

The Marvin Duchow Music Library moves to a  new location in an office building at 550 Sherbrooke Street West, across the street from the Schulich School of Music.

The Shakespeare Lecture is also established by the Friends of the Library that same year.

Hugh MacLennan Lecture series is established with help of a 5-year grant from the M.E. Hart Foundation. The Library receives ongoing support from the Friends of the Library, who continue to support the lecture to this day.

The new online periodical index, PERUSE, comes to McGill Libraries to replace CD-ROM periodical listings. The McGill Daily calls it, “part of the wave of the future”.

The Friend of the Year Award is established by the Friends of McGill Library. It still exists to this day.

The Library begins to formally track instructional sessions given by librarians. From 1995 to 2019, librarians gave an average of 1,219 sessions per year, with a total average attendance of 17,693 participants per year, and library staff answered an average of 135,962 reference questions annually.

Margery Trenholme, BLS ’46, and former McGill Commerce Librarian, establishes an endowment for the Margery Trenholme Chair in University Libraries. With gifts from the Blachford family and others, the first endowed position for a university library director in Canada is established.

Frances Groen becomes the first Trenholme Director of Libraries and remains in the position until 2005.

The Wainwright Librarian position at the Law Library is created. Funded both by the Law Faculty and the Library, the position ensures the presence of a professional librarian, who is a jurist as well. Its first incumbent is Mtre Daniel Boyer.

The “Yesterday, Today and Tomorrow: Children’s Books of the Early Soviet Era” exhibit is digitized. It is the Library’s first virtual exhibition.

Nahum Gelber becomes a major donor to the Law Library and an atrium is built that connects the Library to the Old and New Chancellor Day Halls.

The Law Library is renamed the Nahum Gelber Law Library and re-opens in 1998 in conjunction with the 150th anniversary of McGill’s Faculty of Law. In 2018, the 20-year anniversary is celebrated with and exhibition.

Mtre Joel King (BSc ’68, BCL ’71, LLB ’72) gives a sizeable endowment to the Gelber Library to fund the acquisition of books on Talmudic and Jewish Law.

The Library launches Find It McGill, a software that links indexes and databases, the MUSE library catalogue and full text journals together. 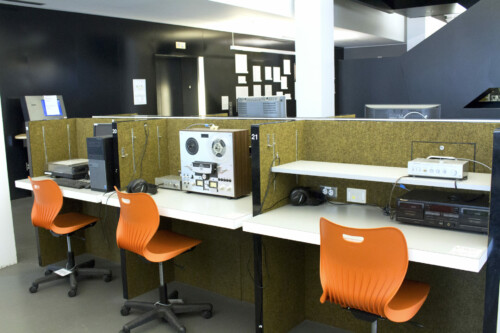 The David Hume Collections Research Grant is established through the generosity of David and Mary Norton. This funds scholars to come and use Rare Books and Special Collections’ rich collection of Hume-related material.

McGill Remembers is launched by McGill University Archives. It commemorates McGill’s involvement in both world wars.

Traditional reference desk services are re-envisioned to include a liaison librarian model, which designates librarians to specific areas of study.

The live chat service “Ask a Librarian” launches on January 30, 2006. The reference service still exists today, with the option to chat, email or text a librarian. In-person and telephone services also exist when pandemic measures aren’t in place.

The Macdonald Campus Library is renovated and re-opens with a celebration Homecoming weekend.

With support from the SSMU, the Education Library and Curriculum Resources Centre are completely renovated.

In May 2007, 400 faculty papers are added to the eScholarship@McGill repository database. Twenty-nine student theses are loaded into the digital collections database on a trial-basis in anticipation of preparation for public access. In 2016, the collection increases to 41,975 theses and dissertations from 135 years of McGill scholarship and includes highlights from notable McGill alumni.

The 19th-Century French Sheet Music Collection is acquired by the Music Library. The collection contains over 19,000 pieces ranging from the 1820s to the early 1900s. Comprising genres from the romance to the mélodie, as well as chansonnettes and chansons from the earliest cafés-concerts in the 1840s-50s to those pieces sung in the music-halls beginning in the 1860s and even in the cabarets artistiques in the 1880s, the collection offers scholars an exceptional opportunity to trace the origins and development of these popular music genres and sub-genres. A virtual exhibition was published online in 2017 and Library staff curated a physical exhibition of the collection in 2018-2019. 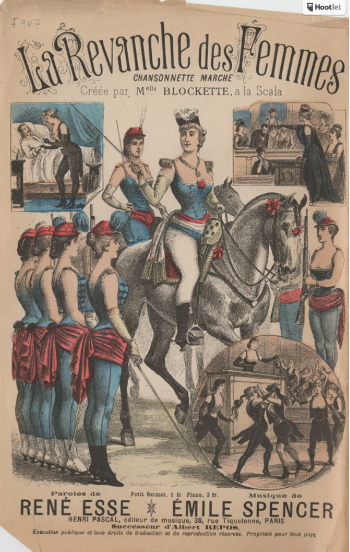 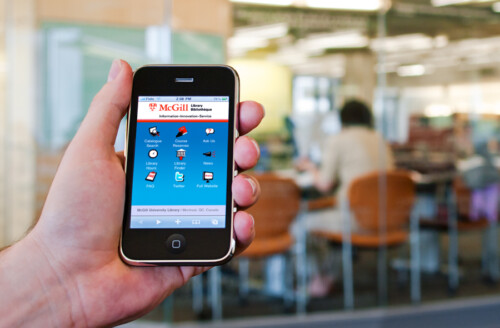 Sheila Bourke, a dedicated Friend of the Library, donates a significant collection of rare children’s books to the McGill Library.

Colleen Cook is named the Trenholme Dean of Libraries. She is re-appointed to the position in 2015.

The Dimitrije Pivnicki Award in Neuro and Psychiatric History is established by the family and friends of Dr. Pivnicki (1918-2007). The first recipients take up the award in 2014.

The McGill University Archives moves under the jurisdiction of the McGill Library. 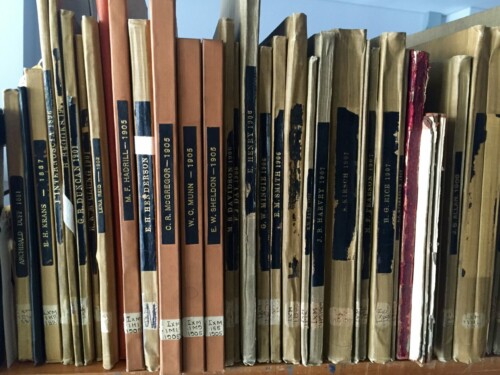 The one-day symposium “Meeting with Books: Raymond Klibansky, Special Collections and the Library in the Digital Age,” brings book scholars and librarians together to discuss the current and future use of historical collections. A companion volume is published the following year.

The McGill Visual Arts Collection moves under the jurisdiction of the McGill Library.

McGill acquires the J. Patrick Lee Voltaire Collection. It plays a major part of the History of Ideas Collection. 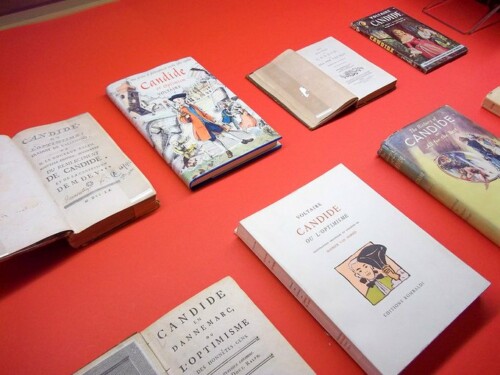 The Fiat Lux Building Project Feasibility Study launches. The study is completed in 2015.

The Friends of the Library celebrates its 25th anniversary. Library staff honoured as Friend of the Year.

The McGill Visual Arts Committee, which in 2013 became the Visual Arts Collection, with its first professional director, Gwendolyn Owens, moves from VP Administration to officially become part of the Library.

This year marks the celebration of the digitization of 10,000 student publications.

March marks the official launch of the Research Commons (now Innovation Commons) in the Redpath Library Building with spaces and services that include a data visualization wall, 3D printers and virtual reality headsets.

Thanks to the generosity of artist and paediatric neuropsychiatrist Dr. Michele Larose, the Osler Library establishes an artist-in-residence programme. It still exists today.

The McGill Library consolidates its four rare collection units (Rare Book & Special Collections, the Osler Library, the Visual Arts Collection, and the Archives and Record Management) under the acronym ROAAr. 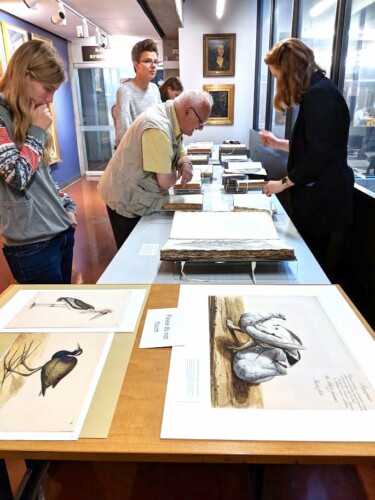 The Raymond Klibansky Research Travel Grant is established. It is intended to enable researchers from outside the Montreal area to work on a research project that requires access to material held, in whole or in part, in Rare Books and Special Collections.

As part of a Health and Wellness initiative at the Library, a dedicated webpage is launched highlighting equipment, spaces and services related to wellness.

The McGill Archival Collections Catalogue is launched, which provides an access point to important unpublished rare and unique library holdings.

A fire burns the terrace on the roof of the Osler Library on Friday, July 13.  The collection is spared, although building repairs necessitates temporarily vacating the building.  The entire collection is moved and made accessible in the McLennan-Redpath complex within five months. 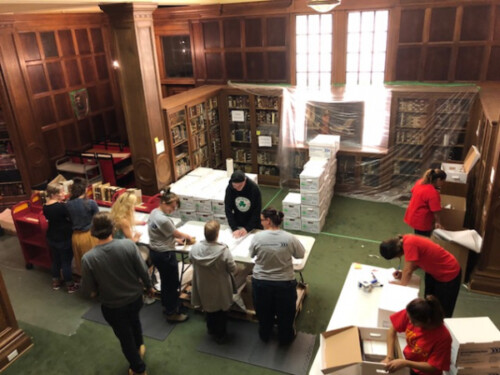 The McGill Library now has over two million e-books. 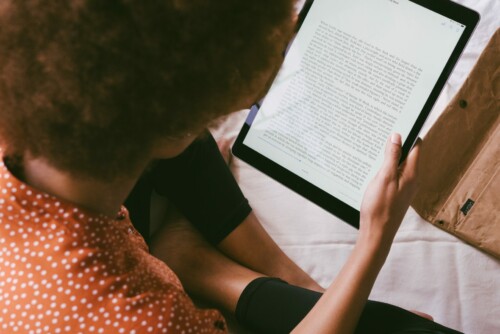 Feedback is collected from the McGill community and the Fiat Lux Feasibility Study Masterplan is updated.

The Osler Library Recovery Team responsible for moving the collection after the 2018 McIntyre Building fire is awarded the 2019 Principal’s Award for Administrative and Support Staff – Team Project Category.

The Visible Storage Gallery of the Visual Arts Collection on the 4th floor of the McLennan Library opens, offering the McGill Community an opportunity to see the range of works in the collection.

The McGill Library re-launches a restored 200-year-old printing press, alongside the launch of the Book Arts Lab, a small printing room located in Rare Books and Special Collections. Take a 360 degree tour of the Books Arts Lab.

Over the past decade, Library staff have taught approximately 1,000 sessions per year and answered more than 65,000 reference questions annually.

52,000 items are now held in eScholarship@McGill digital repository; with more than 47,000 theses and 3,300 faculty publications.

In March 2020, the Library responds swiftly to branch closures due to the COVID-19 pandemic, making services, collections, and help available to the McGill community for virtual teaching and learning on an unprecedented scale.

Part of this response included implementation of large-scale programs and services such as the HathiTrust Emergency Temporary Access Service (ETAS), a contactless Library Pickup Service, and the introduction of Study Hubs for individual, quiet study.