The War Years on Campus 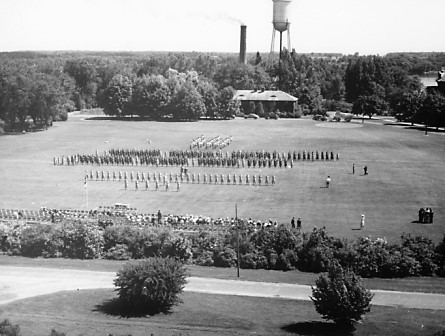 A few of Macdonald ’s contributions to the war effort at home and abroad included:

Several memorials were created to honour the 430 men and 95 women who served in WW2; a commemorative entrance to the College library, a second Book of Remembrance and a new War Memorial Assembly to “promote an understanding of national and world affairs and to serve as inspiration for others to do their part towards the maintenance of freedom, tolerance and the improvement of human relationships”.  Speakers included several Canadian Governor Generals, Prime Ministers, Mrs. Eleanor Roosevelt, and hockey legend Ken Dryden, LLB’73, LLD’18. 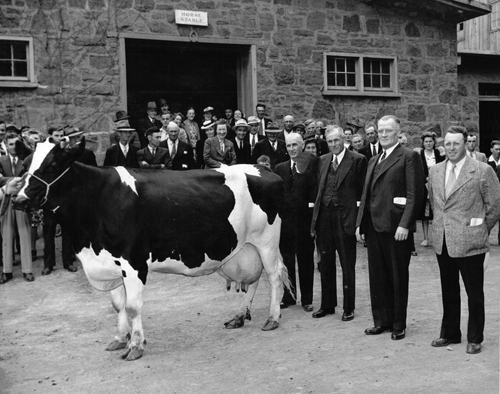 Launched at Macdonald College, “this innovative national radio program introduced interactive distance education to rural audiences. Broadcast between 1941 and 1965 by the Canadian Broadcasting Corporation, its programming united farming communities from across the country around common interests. Relying upon discussion groups to enable informed conversations among neighbours, the program both instilled a broad sense of community and fostered local leadership and initiatives. This successful model would later be adopted by UNESCO to provide adult education for remote populations in many countries around the world.” 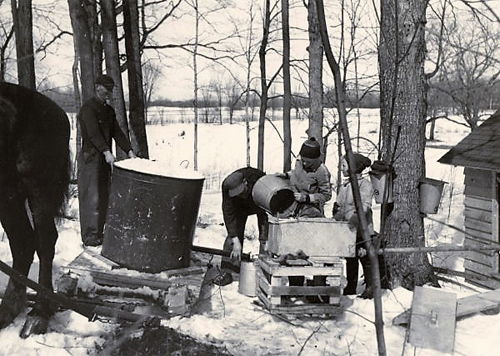 Dean Brittain especially prized the sprawling tree-covered lands that comprised the campus.  His hobby was descriptive dendrology and ornamental horticulture, and he felt strongly that the college should have a planned woodlot. With the cooperation of the Morgan family and the generosity of J.W. McConnell, who purchased the 910-acre Stoneycroft farm in 1945, a portion of the woodlands were turned into the 245-hectare Morgan Arboretum as a study centre for the problems of woodlot management and as an outdoor laboratory for the woodlot management course.

Today the Arboretum is a living laboratory, allowing students and researchers to participate in a variety of teaching, research, and conservation programs, and providing a natural environment for recreation. The Arboretum not only contains the last remnants pf native woodlands on the island of Montreal but is also one of Montreal’s richest habitats for flowers, mammals, birds, reptiles and amphibians.