Macdonald in the Community 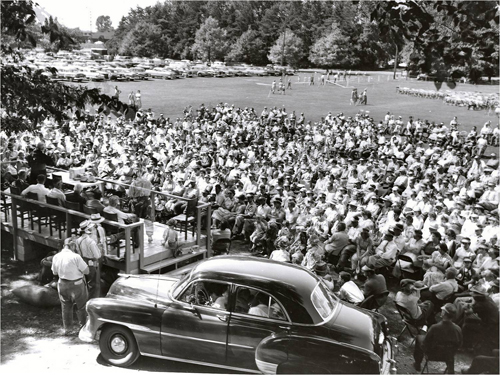 Several outreach projects brought new visitors to the College. The first was the student-led Macdonald College Royal and Judging Competition launched in 1948, which was modeled after the Royal Agricultural Winter Fair. “Better Farming Days” for farmers and their families in 1959 brought 2800 visitors to the campus. The five-program bilingual television series “Focus on Forestry”, the Macdonald College Journal, and programming created for radio stations extended the College’s influence beyond its gates. 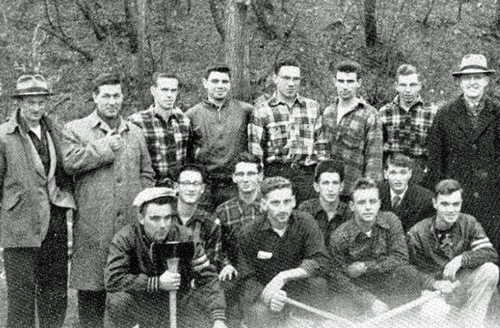 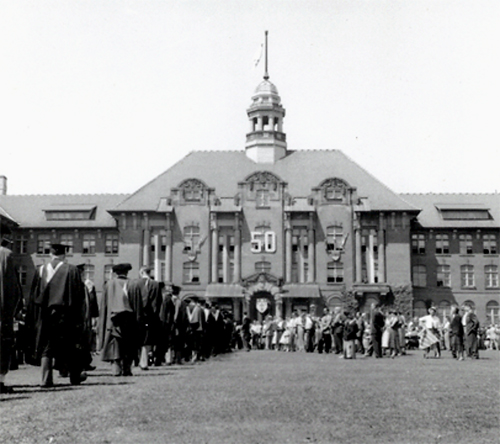 In June 1955, festivities were held to mark the fiftieth anniversary of the College.  More than 2,000 graduates arrived for the event from across Canada and around the world; nearly all the living members of the College’s first graduating class of 1911 were in attendance.