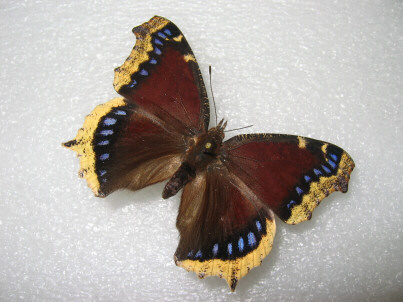 The Lyman Entomological Museum, which was founded in 1914 with a bequest from the noted lepidopterist Henry Herbert Lyman (1854-1914), moved from the Redpath Museum to Macdonald College, merging with the Department of Entomology’s Insect Collection. Lyman’s collection of 20,000 butterflies and moths formed the nucleus of the Museum collection. Today the collection numbers nearly three million specimens of insects, the 2nd largest collection in Canada and one of the largest in North America. The Museum holds one of the best collections of grasshoppers and crickets in the world.

When Professor John Moxley, BSc(Agr)’47, MSc’52, established the Dairy Herd Analysis Service (DHAS, later to become  PATLQ and then Valacta) in 1966, little could he have foreseen the enormous success that this venture would achieve.

In 1950, 40% of Canadian dairy farms were in Quebec, but milk production was low and participation in milk recording was lower than in the rest of Canada and the United States. Moxley had the opportunity to observe the setup of a computer-oriented dairy herd improvement operation, and the foresight to see that a similar system would greatly benefit Quebec dairy farmers. DHAS was started and it was a success story that never looked back. Within a year, more than 300 dairy farms were benefiting from this service and, within 10 years, the production of more than 200,000 cattle from Quebec, Ontario and the Maritimes was being analyzed.

Over the years, the synergy between Valacta and the Department of Animal Science has displayed itself in collaboration among researchers, development of management tools for use by producers and advisors, participation in teaching, and joint participation in foreign missions. In 2019, Valacta joined forces with CanWest DHI, and the Canadian Dairy Network to form Lactanet Canada, an organization that brings together leading dairy herd improvement organizations responsible for milk recording, genetic evaluations and knowledge transfer in Canada.

Today, Canada’s dairy farmers represent a $2.7 billion industry, with more than 3.3 billion litres of milk produced annually. Quebec represents 37% of this production. What started out as the rudimentary analyses of milk samples in the basement of a building on the Macdonald Campus, today provides expert advice on almost every conceivable aspect of dairy production, ranging from component analyses and quota projection to nutritional advice, dry-cow transition, and comfort and welfare in Canada and globally.

What may, seem to today’s “wired” generation like an obvious application of computers and their technologies was almost unheard of in the early ’60s. It was Moxley’s vision that saw the potential, and arguably made one of the most significant impacts on an industry that today ranks third in the Canadian agricultural sector and exports more than $100 million in dairy genetics each year. Very little of this could have been achieved so efficiently without the introduction of milk recording. 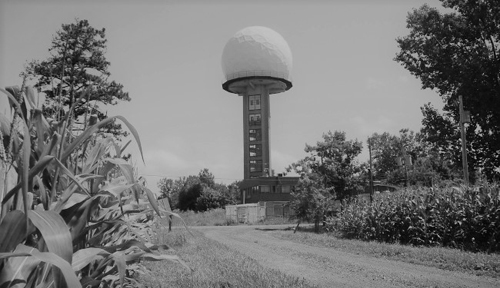 The J. Marshall Radar Observatory facility opened in 1969 at the entrance to the Morgan Arboretum. The research facility operated through the McGill’s Department of Atmospheric and Oceanic Studies and was part of the Canadian weather radar network until 2018.

The Faculty of Education relocates