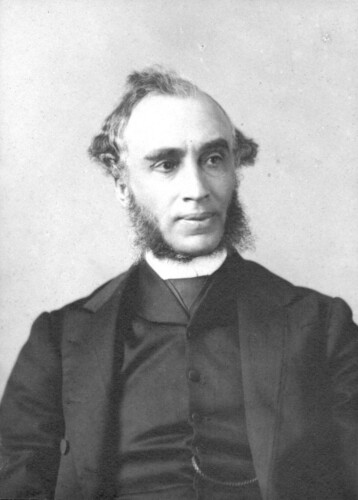 Born in Quebec City, William Wright graduated from McGill’s Faculty of Medicine in 1848, becoming the first person of colour to earn a medical degree in British North America (now Canada).

Wright, who identified himself as Creole in the 1861 census, taught at McGill and was the Chair of Materia Medica (pharmacology) for more than 30 years. In the 1850s, he co-founded and edited the Medical Chronicle, also known as the Montreal Monthly Journal of Medicine & Surgery. In addition to his teaching and administrative duties, Wright began a second career in the 1870s when he was ordained as a priest in the Anglican church.