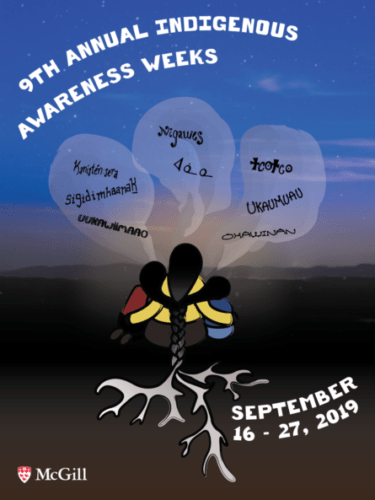 Joseph Norton, Grand Chief of the Mohawk Nation, was invited to speak on the impact of colonization on Indigenous life. The event touched on important Indigenous issues including land claims, in-community education, and the need for an Indigenous women’s shelter in Montreal. The committee also circulated petitions to the federal government regarding land claim issues.

The First Peoples’ House, an Indigenous-led campus initiative, relaunched the event in 2011 as Indigenous Awareness Week. This annual series showcases Indigenous culture and history, and aims to increase McGillians’ awareness of Indigenous issues in Canada through events, panel discussions, film screenings and more.

In 2018, an extra week of programming was added, and the annual event was renamed Indigenous Awareness Weeks.