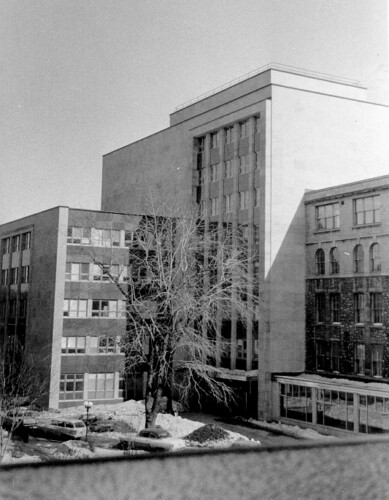 A major benefactor of the University, John Wilson McConnell changed the face of McGill through his gifts of Purvis Hall (1941), Chancellor Day Hall (1948), the McConnell Winter Stadium (1956)—now known as the McConnell Arena—and Morrice Hall (1961).

In 1959, he also donated the McConnell Engineering Building, doubling the number of engineering classrooms and offices on campus.

The building anchors the north end of a continuous block that defines McGill’s University Street façade and addresses the campus with a well-integrated public entrance and exterior terrace.

The composition of the University Street façade includes a series of three bas-reliefs that express the disciplines in the Faculty of Engineering.