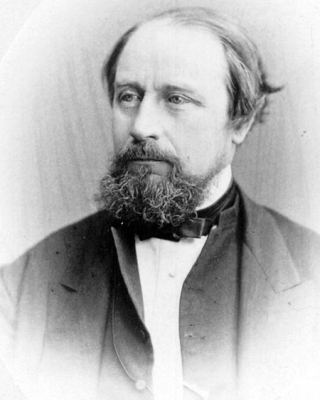 Sir John William Dawson’s time as Principal of McGill (1855-1893) was one of great transformation.

When he first set foot on campus in the autumn of 1855, many buildings were undergoing construction and the grounds were overgrown by bushes and weeds. Dawson took it upon himself to revitalize the campus, laying out walkways and planting trees at his own personal expense. He reinvented the University in other ways as well – including personally indexing its library holdings and taking on teaching duties in addition to administrative ones.

The major achievements of his administration included helping establish McGill on a firm financial basis, developing instruction in pure and applied science, overseeing the blossoming of a strong Faculty of Medicine, establishing the Normal School (which eventually became the Faculty of Education) and constructing both the Redpath Museum and Redpath Library. Montreal’s Dawson College – which sprung from a McGill satellite campus and is now Quebec’s largest Collège d’enseignement général et professionnel (CEGEP) – bears his name to this day.