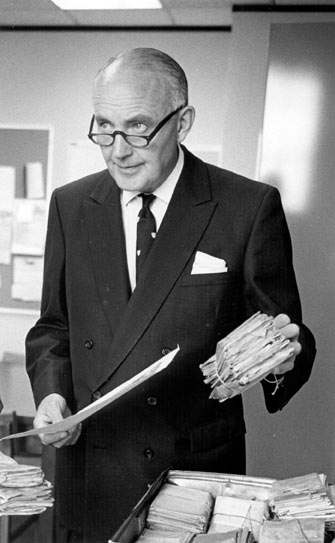 Born in Victoria, British Columbia in 1912, Harold Rocke Robertson, BSc’32, MDCM’36, served as Professor of Surgery at the University of British Columbia, Surgeon-in-Chief at the Montreal General Hospital, and Chairman of the Department of Surgery in the Faculty of Medicine before becoming the first McGill graduate to be appointed Principal, in 1962.

Several buildings were planned or constructed under his leadership, including a new upper campus formed by the McIntyre Medical Building, a new tower at Chancellor Day Hall, and the Stewart Biology Building. The number of students and staff at McGill doubled, and Robertson decentralized the University’s administration with the appointment of new Vice-Principals and other administrative officers.