As McGill grows, so does the Library. Redpath Library provides students with an inspirational environment, collections expand to include research holdings and re-cataloguing and re-classifying activities drive progress.

Sidney Dawes donates more than 60 paintings to McGill in the hopes that the University can create a museum of Canadian art. Many of the paintings are put on view in the Redpath Library. A Visual Arts Committee is founded to oversee the collection.

The office of the Director of University Libraries is created in 1964.  John Archer is the first person to hold the position.

The Music Library is established as a faculty library and joins the McGill University Library System.

The Department of Rare Books and Special Collections is founded, although the library began collecting rare material in the mid-19th century.

The Faculty of Medicine, along with the Medical Library and the Osler Library of the History of Medicine, move to the new McIntyre Medical Sciences Building. Percy Nobb’s classical Osler Library is dismantled in the Strathcona Building and reconstructed within the modernist McIntyre.

Dr. Lawrence Lande (1906-1998) donates a collection of 2,300 rare Canadiana items to the newly-formed Rare Books and Special Collections department. The bibliography of the collection becomes an important reference work on the subject. This collection is supplemented by several additional purchases and donations from Dr. Lande made over the next 10 years.

The library has 173 staff members, of which 61 are professionals and 112 non-professional.

The special Lyman Collection is added to the Entomology Collection at the Macdonald Campus Library.

A new open-door policy is implemented whereby any student can use any library they choose.

Presbyterian College merges with the Faculty of Divinity. The College library becomes affiliated with the Divinity Hall Library (now the Birks Reading Room).

McLennan Library Building opens.  Thanks to a generous estate gift from Isabella McLennan (1870-1960), the University was able to build a new central library.  The building is made from reinforced concrete to support the weight of books and the possibility of two extra floors (never added). Fifteen hundred more seats are added to the 500 in the Redpath Library. The next year, the Redpath Library is gutted to increase seating. The McLennan Library is reserved for graduate students while Redpath becomes the undergraduate library.

The Divinity Hall Library is renamed the Religious Studies Library.

The new Education Library goes into full operation in the Education Building. That same year, the Edward Rosenthall Mathematics and Statistics Library opens. 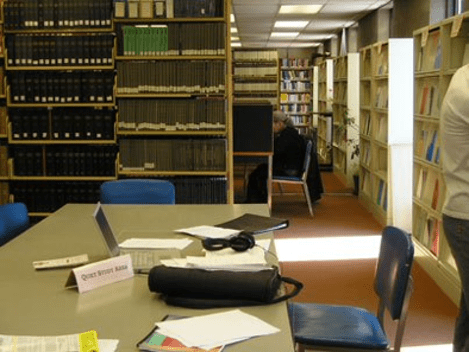 McGill has 24 official libraries, 19 significant collections, and 54 other small collections.  Official libraries include many Faculty, School, and Departmental libraries which were later merged, such as: Dentistry; Engineering; Mathematics; Management; Library Science; and Social Work. Other significant collections are usually based in departments, for example: Anatomy and Histology; Meteorology; Physical Education; and the French Canada Studies Programme. Small collections includes reading rooms in departments and student residences which spend less than $300 a year on staff or collections. With the advent of online resources, the number of physical libraries will decline drastically.

Richard Farley is named the Director of Libraries.

The McGill University Archives launches the Micrographic Services Lab, which microfilms and stores the records of university administrative units, departments and faculties.  The service ended circa 1984.

The Islamic Studies Library holds 70,000 volumes and adds 10,000 more over the next decade.

The John Bland Canadian Architecture Collection (CAC) is established. This collection documents the work of architects associated with McGill University over time.

The Mossman Collection on the History of Science and of Ideas is donated to the Library, along with an endowment to continue developing it. The collection was initially the personal library of Drs. Donald and Dorothea Mossman. 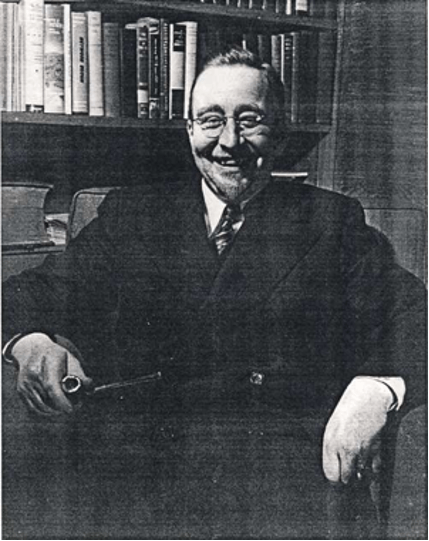 Marianne Scott is the first female Director of Libraries.  She would go on to be the National Librarian of Canada.

The Osler Library of the History of Medicine celebrates its 50th anniversary.

Late Professor Marvin Duchow’s family donates his collection to the Music Library. It consists of his manuscript compositions and correspondence, as well as teaching materials compiled over the course of his long career.

The Physical Sciences and Engineering collections are consolidated under the Macdonald-Stewart Library, including the Baillie Chemistry Library and the Mossman Collection.

Dr. Donald Mossman establishes two named lectures in the History of Science and Ideas, in honour of his two great friends at McGill, D. Lorne Gales and Elizabeth B. McNab.

Hans Möller is the Director of Libraries.

Eric Ormsby is the Director of Libraries. 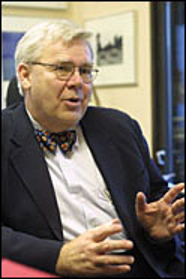