Many McGill dentists served with distinction in two world wars. Some served as dental officers, but we must also recognize the many who studied dentistry upon their return from military service. 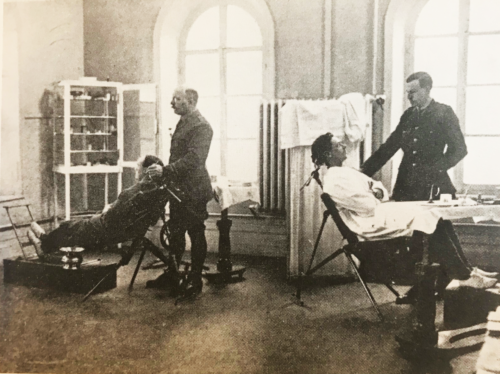 The first Canadian dentists to go overseas in the first World War were with a unit called No. 3 Canadian General Hospital (McGill), which was organized entirely within McGill University in early 1915. Among them was L.H. Thornton, son of Dean Thornton, who interrupted his dental studies to join the war effort.