Donald Alexander Smith (later Lord Strathcona and McGill’s Chancellor between 1889 and 1914), donated $120,000 to McGill in 1884 on condition that the university open its degree programs to women. He was very specific in his request that women be afforded the same standard of education as men. The first class of female students were dubbed the “Donaldas” in his honour. The group graduated in 1888, all with Bachelor of Arts degrees, and included Eliza Cross, Martha Murphy, Blanche Evans, Gracie Ritchie, Jane Palmer, Alice Murray, Georgina Hunter, and Donalda McFee. Ritchie was valedictorian that year—the first female to be so. By 1889, women constituted a third of the total enrolment at the College. Smith’s donation was sizable enough to fund the construction of the Royal Victoria College for Women, which welcomed its first students, largely from Arts, in 1899. 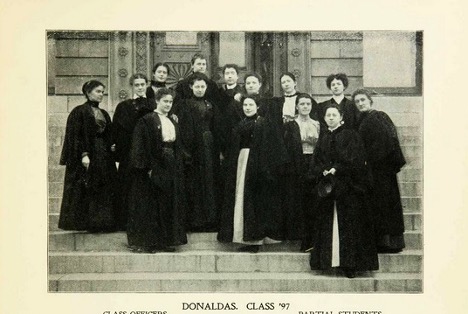 When Sir William Peterson became Principal in 1895, the Arts curriculum was still heavily biased in favour of the classics: all students had to take Latin and Greek for two years and, with few exceptions, one or the other in the final two years. Even a classicist like Peterson could see that some relaxation of the classical requirement was required and so, in 1896, students were allowed to choose between Latin or Greek for the first two years and then drop them in the final years. Provision was also made for a wider range of electives, allowing a heavier concentration in the sciences. Alongside requirements in the classics, mathematics, English, and a paper on “the leading events in English history,” students could take Honours programs in the following disciplines: classical languages; mathematics and physics; mental and moral philosophy; English language, literature, and history; geology and the natural sciences; and modern languages and history. 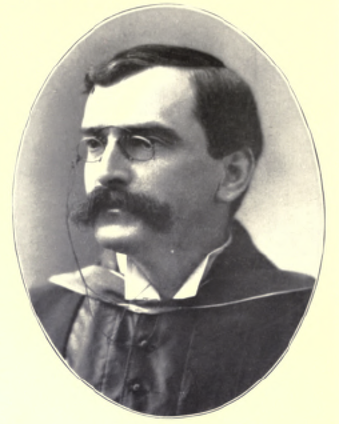 Over the next two decades, during Peterson’s tenure, the Faculty continued to grow. In the humanities, the Departments of Classics and Philosophy expanded, as did the Department of Modern Languages, which added offerings in Spanish and Italian to those already existing in French and German. The Kingsford Professorship of History was established in 1895. The first lectures in Economics and Political Science were offered in 1900 and the William Dow Chair in Political Economy dates from 1901. In the sciences, what had been natural philosophy was divided into the disciplines of Physics, Chemistry, Botany, and Zoology. By 1914, enrolment in Arts stood at 776.

As for graduate studies, the first earned MA by thesis was awarded in 1896. In 1902, a committee formed from the Faculty of Arts reported in favour of setting up a graduate school, partly because of a feared decline in the English-speaking Quebec pool and in order to attract students from outside the province. The graduate school and a PhD program were established in 1906. The school was administered by a Committee on Graduate Studies chaired by Frank Dawson Adams, and it was to become a faculty in its own right in 1922. The Faculty of Arts’ library collection also grew considerably, from its single bookcase in 1843 to a substantial 70,000 volumes by the early 1900s. 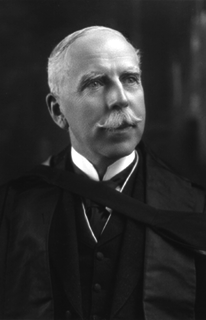 The Faculty of Arts has always been considered a key faculty of the university. As new developments took place they were first located in Arts (even if—like law, applied science, and commerce—they later diverged and became independent). When new social science disciplines emerged over the years, and when the School of Social Work was founded in 1923, they and it were subsumed into Arts. But by 1930, it seemed increasingly anomalous that the natural science departments, a very substantial part of the Faculty, should continue to be regarded as Arts.