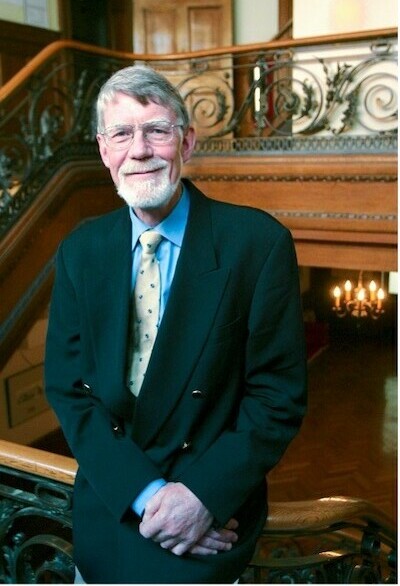 Professor William Foster occupied many positions in the Faculty of Law during his time at McGill as a law professor including serving as Associate Dean numerous times (1971-76, 1973-79 and 2003-04) as well as Acting Dean (1979-80) and Interim Dean (2003). His students remember him as someone who “heard them” and cared so much for them. He was selfless and very principled in trying to create a positive learning environment for law students. Bill Foster also continued to care for his students even once they had graduated. Graduates express how astonished they were at how much he cared about what was happening in their lives after law school. As a colleague, Bill Foster exemplified collegiality and true friendship. He was always willing to serve on committees, give advice to younger colleagues and step in and serve in difficult roles whenever called upon to do so. He has given so much to the Faculty and the legal community, as well as to the University where he served as Associate Provost Policies & Procedures (2004-2010) and Interim Secretary-General (2005). Bill passed away unexpectedly on August 10, 2021 leaving his colleagues and students to mourn a wonderful person, friend, mentor and teacher. A true unsung hero!

Nominated by an alumnus of the Faculty of Law