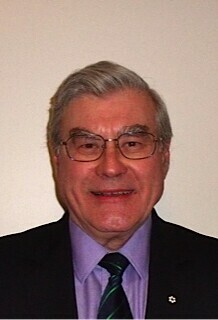 Professor Mysak has never held a high-profile administrative position at McGill, but ‘down in the trenches,’ he has made major contributions to the University in general, and to the Department of Atmospheric and Oceanic Sciences in particular — through both his research and teaching.

Soon after arriving to McGill from the University of British Columbia in 1986, he founded the very successful Global Environmental and Climate Change Centre (C2GCR), which brought together faculty members and graduate students from different departments for seminars, scientific discussions, research projects and research grant applications.

Prof. Mysak devoted an extraordinary amount of energy and time to the supervision of 23 MSc and 24 PhD students, 33 post-doctoral research fellows and research associates, and 18 sabbatical visitors. He was active in teaching at all levels, from introductory courses to the most advanced PhD-level courses.

Following his term as President of the Academy of Science of the Royal Society of Canada (RSC) from 1993 to 1996, he led an annual drive at McGill, encouraging colleagues to nominate their peers for fellowship in the RSC. He has generously taken the time to nominate several members of the Faculty of Science.

At the international level, his important contributions — including his service as President of the International Association for Physical Oceanography (IAPSO) from 2007 to 2011 — have advanced McGill’s reputation.

Nominated by a former colleague in the Faculty of Science