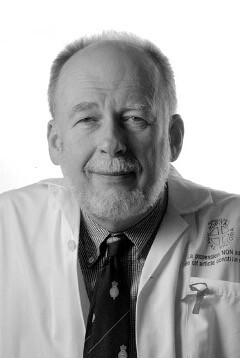 A pioneer in the fight against HIV/AIDS in Canada and a champion of human rights, Norbert Gilmore worked as a physician, teacher, researcher, and administrator at McGill University. He retired in 2014 after becoming a Professor Emeritus of Medicine.

During his time at McGill, Norbert’s clinical and research work focused on immunology and immune deficiency — he has devoted his career to studying and helping people with HIV infection and AIDS. He served as Director of the Chronic Viral Illness Service at the MUHC, and co-founded the Canadian Foundation for AIDS Research (CANFAR), where he served as its first president. A champion of human rights, Norbert played a major role in supporting work done with HIV-infected refugees in Canada. He was also one of the founding members of McGill’s Centre for Medicine, Ethics and Law. He didn’t just talk the talk; he walked the walk and spent time working on the front lines. In the media, Norbert spoke of “HIV as a social illness” shaped by political, economic, social and behavioral forces. Nobody ever called him by his full name, or even by Dr. Gilmore. To everyone who knew him, from the Dean of Medicine to a homeless patient he might pass on the street, he was simply “Nobby.”

He remains one of the most respectful, encouraging, kind and brilliant people the McGill community has had the good fortune of knowing. A genuinely kind and generous colleague and mentor, AIDS activist and pioneer, “Nobby” is well respected and highly regarded by all who know him.

Nominated by Professors at the Faculty of Medicine and Health Sciences