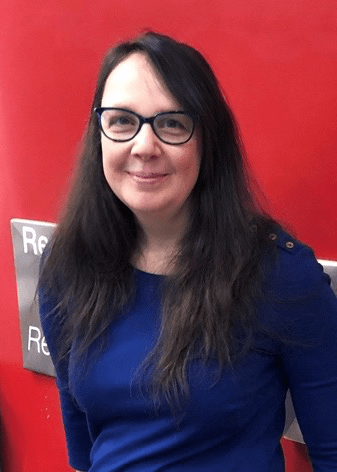 Since 2006, April Colosimo has served library users with expertise, enthusiasm and excellence. Her skill and dedication have made her one of the most sought-after leaders within the library landscape. One colleague describes April as “a resourceful, innovative thinker [who] constantly contributes to initiatives for new library services and the improvement of existing ones.”

From performing expert patent searches for McGill’s Office of Sponsored Research to founding a best paper competition for “CCOM 206 Communication in Engineering” students to being an active member of the inter-departmental team that developed the first MOOC at McGill, April inspires users to uncover unbeaten paths to discovery. Students, scholars, fellow staff members, online learners – they all respond with excitement and wonder, as well as appreciation.

Faculty are similarly appreciative – past initiatives including April’s work in partnering to spearhead the E-Science Institute @McGill effort, which involved developing a strategic agenda for e-research support, specifically in the sciences. In addition, as co-coordinator of the MyResearch graduate seminar series, April’s vision for information literacy has helped thousands of students navigate the worlds of scholarly publishing, concept mapping, citation metrics and more.

Nominated by a former colleague in McGill Libraries