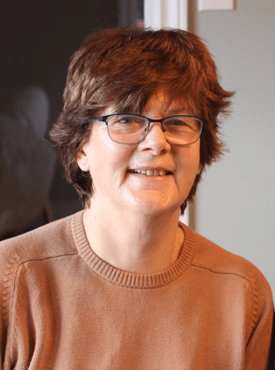 Dr. Joan Wolforth served McGill as Director of the Office for Students with Disabililities and served on numerous McGill committees charged with issues ranging from physical accessibility of the campus to enhancing the idea of inclusivity in language and practice. She was an energetic, resourceful, and responsive leader of her unit, across the spectrum of Student Services, the campus at large, and in the Canadian network of college and university services for students. Although much of her work was conducted behind the scenes, she was among the most articulate spokespeople and doers on campus in the process of enabling brilliant students who comprise the McGill student body to continue to succeed at high levels even thought they might arrive on campus with extra hurdles to clear, whether physical or psychological, or they might need these services as a result of an event during their studies–such as a skiing accident. Joan’s recruited and nurtured a first-class team, coordinated closely with other services students might need (e.g., counselling, medical, or financial), and helped teaching units across campus meet the needs to students under the wings of the OSD. These interventions included advice on adapting assignments, facilitating the presence of note-takers or personal assistants in classes and seminars, and adapting examinations (some of which were proctored in special quiet rooms in the Brown Building. Joan helped change McGill for the better, and ensured that no personal limitation would hold back our outstanding students, while giving them life skills to carry themselves forward.

Joan retired in 2010, but has continued to work on behalf of McGill retirees by organizing activities through the MAUT Retirees Committee and MURA.