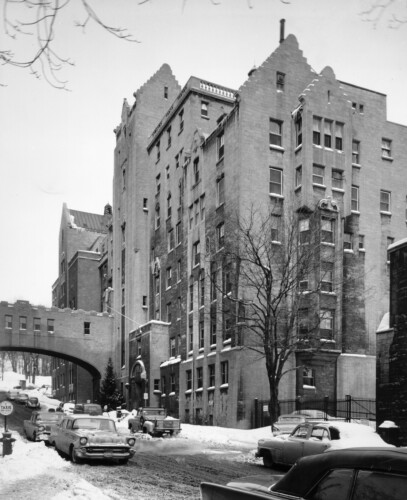 The structure, considered a part of the Royal Victoria Hospital complex, replicates the hospital’s architecture and was officially opened in 1934. It was expanded in 1945 by the firm of Fetherstonhaugh and Durnford, who were responsible for several other projects on the McGill campus such as Douglas Hall.