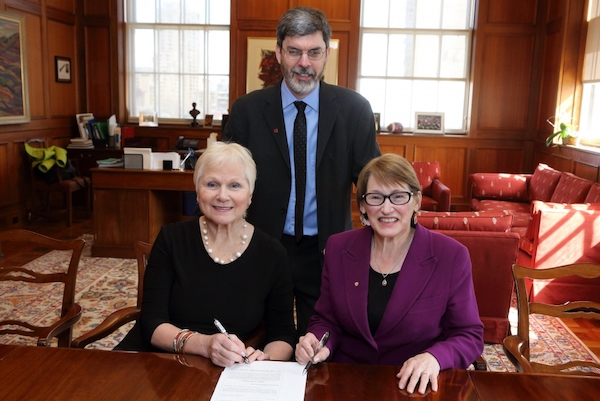 First opened in 2005, the Elizabeth Wirth Music Building is one of two buildings that are home to the Schulich School of Music. It houses state-of-the-art labs for the Centre for Interdisciplinary Research in Music Media and Technology (CIRMMT). It also features the Music Multimedia Room, the Marvin Duchow Music Library, Tanna Schulich Hall and the Wirth Opera Studio.

In 2015, the building was named in honour of McGill alumna Elizabeth A. Wirth, BA’64, one of the School’s strongest supporters, in recognition of her exceptional generosity.

In 2005, the Schulich School of Music was renamed in honour of McGill alumnus Seymour Schulich, BSc’61, MBA’65, following a substantial gift that helped to build and outfit McGill’s innovative new music building.