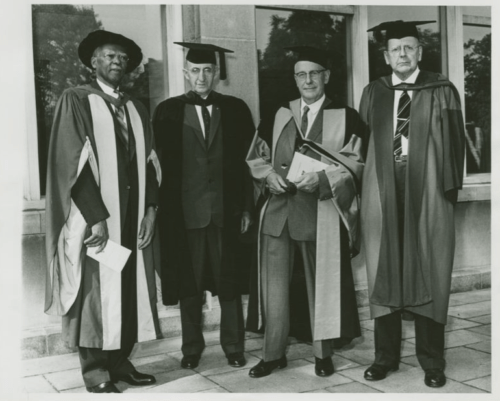 Born on the island of Nevis, British West Indies, Dr. DuPorte was a ground-breaking entomologist and parasitologist.

He began his studies in 1911 at Macdonald Campus, where he earned a master’s and PhD.

DuPorte played a key role in establishing the Institute of Parasitology at McGill’s Macdonald Campus in 1932, which is now world-renowned. He became Chair of McGill’s Entomology Department in 1955, and by the time he retired in 1957, more than half of the entomologists practicing their profession in Canada had benefitted from his rigorous teaching. His Manual of Insect Morphology became a classic textbook in the field, and even after he officially retired, DuPorte continued teaching at Macdonald Campus until shortly before his death in 1981.